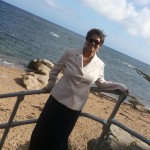 I am a researcher in the department of Film Studies in the University of St. Andrews. I'm working on Indian political films and representation of a radical left movement (known as the Naxal Movement) that started in 1967. I have taught English and Postcolonial literature in a couple of Indian universities sin 1997 prior to coming to UK to pursue my current project. Apart from political feature films I'm also interested in documentaries, films on gender and identity issues, and political literature. I expect to meet kindred spirits who are either enthusiastic about or working on political films, documentaries. I also expect to be a part of a group, an association that may find fruition through some future collaboration.